This post contains affiliate links. As an Amazon Associate I earn from qualifying purchases. At no extra cost to you, it helps keep the lights on. Full Disclosure

Surely, you’ve heard of the rogue FlashBender that can bend, shape and transform your light. Not only that, it’s super portable meaning you can practically bring it anywhere!

In this post, I will share my honest opinion of the rogue FlashBender as well as some images I created using it. I will also provide you with some tips on how I go about using it.

Rogue or any other company does not sponsor this post in anyway. I bought the Rogue FlashBender with my own money and use it because I like it.

The Rogue Flash Bender will Transform your Photography

It’s a big promise, sure, but I’m not just saying it will transform your photography, I’m telling you it will.

When I first started into photography, especially off-camera flash I had no clue what I was doing. The first time I had the Apollo Orb outside the wind toppled it over, bent the Apollo frame, and broke my light stand.

It was crazy, I couldn’t believe it. Luckily, I was able to get the frame back into some type of working order. The light stand, not so much.

I bought a cheap umbrella after that but for some reason, I could never get in the habit of bringing it. It just seemed cumbersome and sort of a hassle.

So my off-camera flash experience was sort of on hold until A.) I could find a suitable space in my home to practice or B.) Something else.

The home thing sort of materialized for a minute. I was utilizing my basement space but honestly, I was never really comfortable with that setup.

It felt awkward and it wasn’t this beautiful space or anything, it was rather dark, dingy, and also home to the cat’s litterbox.

5 Benefits of the Rogue FlashBender

1 ) The FlashBender is Portable

This is probably one of my favorite features as it is very portable and lightweight. The Rogue Flashbender collapses down to virtually nothing. You can store it in your camera bag and it’s never something you have to think about bringing.

I just always have mine. This is one of the greatest benefits because it takes that feeling of “Do I really want to bring all this shit?” out of your hands. It’s just there for you to use should you decide it would be helpful.

Actionable Advice: Always bring the FlashBender! Pack it and just have it with you at all times. You never know when it will come in handy.

On-Camera Flash with the FlashBender Attached

The following two photos are taking with the FlashBender attached to a Speedlight on my camera. By extending your Speedlight out and then bouncing light off the FlashBenders reflective surface you are essentially taking the flash off its central axis.

This way you’re not just blasting your subject straight on with frontal lighting. It might only be slightly off-axis but it does make a difference. 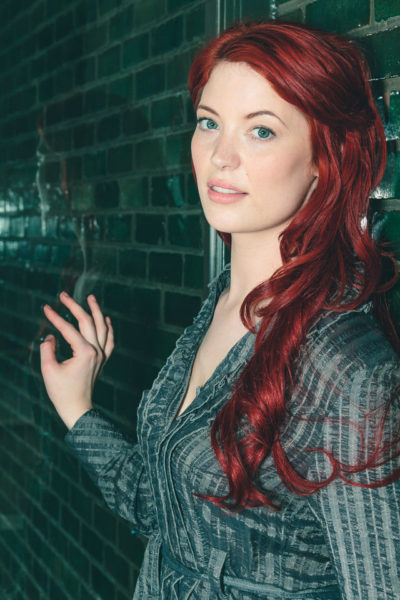 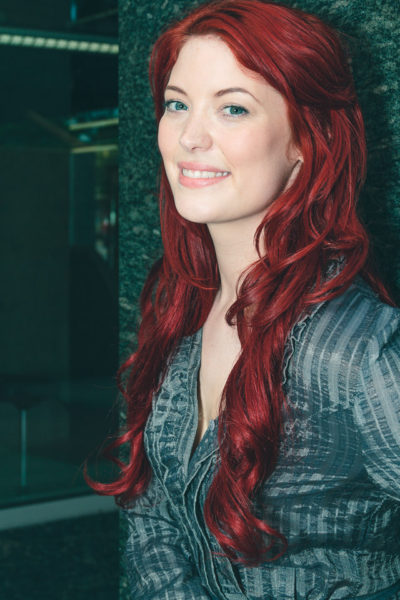 2 ) The FlashBender is Great for Outdoors

Another big advantage of the FlashBender is its slim profile. The Wind doesn’t grab it like a parachute. Part of the reason I always left the umbrella at home when working an outdoor photoshoot was the nightmares.

I would envision the Apollo Orb incident all over again. The rogue FlashBenders slim profile is such that the wind has never caused me an issue, not once, not ever.

This just makes you use it more. You experiment more frequently because you’re not fighting your gear and the elements. This is how you get better.

The following three photos are taking with the Rogue FlashBender and my Speedlight on a light stand. Off-Camera Lighting is just more interesting. 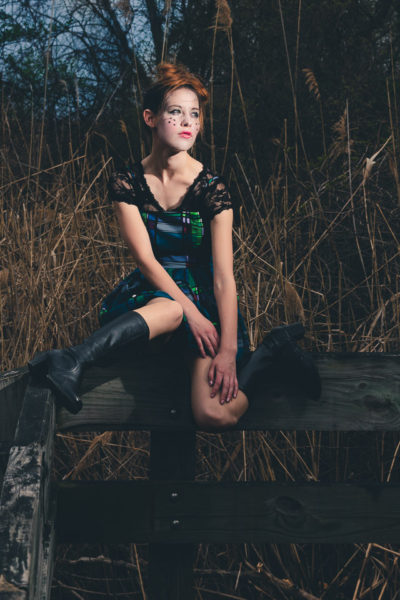 This is more a 45 degree angle, no diffusion panel. 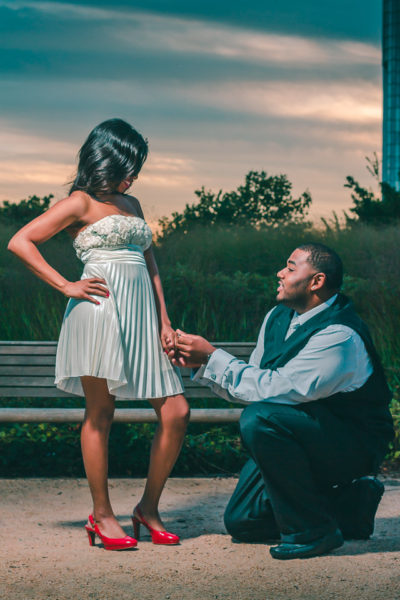 Here, I was experimenting with the FlashBender at dusk.

3 ) The FlashBender is great for Event Photography

Whether you’re a Wedding Photographer or some other type of event photographer, the Rogue FlashBender can not only help you, it can save you!

It’s extreme portability can offer you a big advantage when you run into situations with low light. It’s also great for those impractical times when bouncing your flash off the ceiling isn’t going to work because it’s too high or painted black. Just attach it to the flash on your camera and your off and running.

By running, I mean everywhere because it’s an event right? Usually, these shoots tend to keep you on your toes. Be prepared for anything and just keep the FlashBender on your camera so you always have interesting light no matter the situation.

4 ) The FlashBender will allow you to Control and Direct Light

This is where the FlashBender really starts to shine and outdo the competition. I mean, sure you have a lot of other Speedlight modifiers that are portable and will get the job done.

But can they suddenly be used as a snoot to shape and control your main, background, hair, rim, or accent lights? This is a real advantage of the Rogue FlashBender.

It’s like having a bag of tricks at your disposal anytime to employ. Sure, the FlashBender can serve as your main light but it can also be the accent that makes the available light seem more magical.

Actionable Advice: Use the FlashBender as a rim light to separate your subject from the background. Also try directing light with the FlashBender so light only reaches the places want. See the two images below.

In the following two photos I have the light stand positioned very close to the subject. The FlashBender is slightly above my subject’s eye level pointed downward. I’m using the FlashBender more to steer the light away from the wall and onto my subject.

Yes, some of the light is bouncing onto my subject from the FlashBender’s reflective surface. But also, a good amount of light is coming from the bare flash.

You will notice I don’t hide from hard light sometimes. Again, I’m only using the flash bender to steer light off the wall. 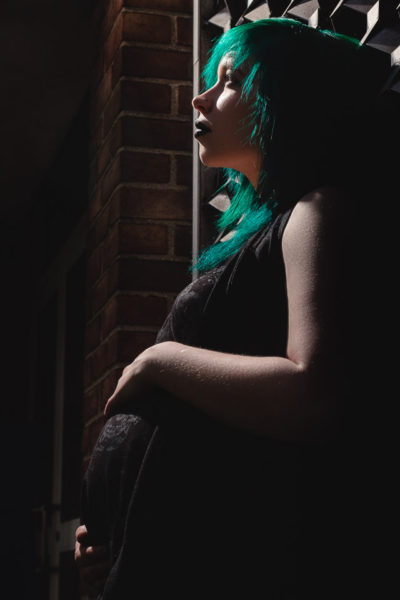 Side Lit. I’m using the FlashBender to steer the light off the wall. Some bare flash is hitting the subject.

5 ) The FlashBender makes your Speedlight a larger source of Light

I talked about soft light in my post, 10 Photography Tips for Bloggers. One way to achieve a soft light is to make your light source bigger. The Rogue FlashBender isn’t going to have the same impact as a huge softbox. That said, it does make the flash head of your Speedlight several times larger.

You will notice a distinct difference between firing a bare flash and one modified using the FlashBender. Not only that, you can further soften the light from the FlashBender by using a softbox attachment panel.

The following photo is taking with the Rogue FlashBender and my Speedlight on a light stand. I’m also using the Soft Box Attachment.

One Drawback of the Rogue FlashBender

1 ) During Use, the FlashBender would suddenly pull the head of my flash down

One drawback was the weight. It’s not heavy in terms of carrying it around in your backpack. However, at times the weight was enough to pull the head of my flash down while in use. Keep in mind, I’m using a generation 1 Large FlashBender.

Since the inception, they have completely revamped and introduced version 2 and now v3. These new models were designed specifically to reduce weight and soften highlight reflections.

Final Thoughts on the Rogue FlashBender

The Rogue FlashBender is both, an affordable and practical solution when it comes to off-camera flash. Store it in your camera bag and never be without adequate light. Better yet, create amazing light with lots of drama.

Although, my personal experience is with the original Large FlashBender there are a variety of options to choose from including small, large, and extra-large options. As you can imagine, with size, come both with advantages and disadvantages.

Bigger will get you softer light but at the expense of portability and convenience.

Now what? Go Buy the Rogue Flash Bender and Join the Tribe!

Want to join an amazing tribe of photographers, artists, and other creatives. Check out our Facebook Group, NFT Photography Community. If you do buy the Rogue Flash Bender make sure you share some of the images you create in the FB Group.

Also, don’t forget to jump on the email list to get some free Photoshop Overlays and my weekly email. I want to talk with you about inspiration, photography, blogging and just staying motivated.

About the Author: Michael Falk

I am a photographer and web publisher located in Southeast Michigan. I like writing, photography, traveling, hiking, and just connecting with other photographers. My goal at SeeImagery is to help you grow as a photographer while also improving my own writing and photography skills. Photography is a neverending learning experience and it's more fun when you share it with others.